Len Deighton, since becoming a best-selling author, has had the time and resources to fulfil his interests as a student of military history and military technology.

With books like Fighter, Blitzkrieg and Blood, Tears & Folly, Deighton helped broaden the public's understanding of key elements of World War Two and drew positive reactions from historians and those involved in the conflict.

However, Deighton's conclusions on the Battle of Britain did ruffle feathers in 1970s Britain, with the battle still fresh in the memory.

Deighton has produced some unexpected works

He's contributed to a book on pregnancy for expectant fathers, and written a guide to the postal service on the Graf Zeppelin airship as well as Airshipwreck, telling the stories of airships that crashed.

He's contributed to the mythologising of the assassination of President Kennedy and written an illustrated travelogue of London's day and night-life, the London Dossier. Len Deighton's written books most readers won't be aware of; you can find out more about them in this section.

Charmingly archaic, with contributions from contemporary writers and doyens of the London social scene in the nineteen-sixties, it's a portrait of a London now lost when London truly was the centre of the world.

Deighton is part of the Bond mythos

The last published book by Len Deighton is also his first entry into e-publishing.

His book about his time writing with the producer Kevin McClory, who helped developed the cinematic James Bond we know today, is full of revealing and surprising revelations for any Bond fan.

You can read more in The Battle For Bond about Deighton's connection with the world of Ian Fleming and his famous creation.

Most people know Len Deighton as a novelist but he has had success as a writer of non-fiction too.

One area where his books have garnered praise is his writing on history and particularly military history. Len Deighton is one of writing's great researchers, his persistence and meticulous planning ensuring that every novel is based on correct facts. As a historian Len took that diligence in research and looked at areas of military history in more detail, focusing particularly on the impact of new technologies on man's relationship with the machines of war.

His non-fiction writing extends to a range of other subjects which reflect his own passions and interests outside of his career as a writer. So, for example, his interest in philately - stamp collecting - led him to write two pamphlets about the short-live Zeppelin postal service; indeed, he has also written a book on the history of airships. Other subjects he has written books on include the city of London and the origins of James Bond.

Also in this section you'll find books to which, while they are not solely Deighton's work, he has contributed either a chapter or a significant proportion of the writing. These, too, cover many of the topics about which he has written and published himself.

This section provides information on the cornucopia of non-fiction subjects on which Deighton has written.

Born in 1929, Len Deighton was not old enough to fight in the Second World War but as a Londoner growing up, he experienced the sharp end of the war through the bombings of London. Shortly after the war, he did spent a period of his National Service with the RAF.

Both these experiences undoubtedly shaped a life-long interest in military history and military technology, about which he has written extensively. Though not trained academically as a historian, his analysis and research on subjects such as the Wehrmacht's use of mobile technology to change the battlefield, see in Blitzkrieg, and the impact of radar technology on the outcome of the Battle of Britain, in Fighter, ranks alongside other works by historians of this era in its scope and analysis.

His renown and celebrity as a writer has worked to his advantage, opening doors to meeting with historical figures to whom he could speak directly and learn the truth about the experiences of the battlefield, people like General Nehring, who provides the foreword to Blitzkrieg. One of the great themes explored by Deighton in all his writing on history is the impact of technology, such as aeroplane engines, on the battlefield.

Find out how technology has shaped the field of warfare through Len Deighton's histories.

Becoming a successful writer afforded Len Deighton the time and the money to travel and live in a a great many places around the world: Germany, Austria, the USA, France, East Germany, Jamaica, to name but a few.

For a number of the years in the 1960s he served as travel editor for Playboy, writing a number of features about travel destinations at a time when overseas travel was becoming increasingly accessible as a result of advances in jet technology. Though the number of books he has written on travel-related subjects is small, Deighton is very much the archetypal 'man of the world' with a knowledge and understanding of the history and cultures of a wide variety of places.

In this section are gathered together all the other books which Deighton has written which don't fit under the main subjects listed above.

So, here you'll find his book Airshipwreck, which looks at the history of lighter than air aviation through investigating some of the more famous airship crashes. If you want to understand more about the death of President Kennedy in 1963, Deighton's also written about that in the unusual Assassination of President Kennedy 'pack'.

If you're into stamps and want to know about the German Zeppelinpost airship-based postal service, then Deighton's also written two books on that subject. He has also written a TV play Pests (one of his first writing outputs) and contributed to the historiography around the James Bond mythos with his own recollections of writing for that character, in James Bond: my long and eventful search for his father, Deighton's first and, so far, only e-book.

Read about the varied other subjects covered by Deighton in his non-fiction work. 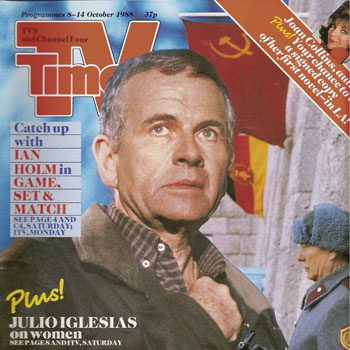